I couldn’t really have an A-Z list of music videos without mentioning Queen. The band practically invented the concept way back in 1975 with the video for Bohemian Rhapsody. However, it is not that video I have chosen today. Instead I have picked one from a later album and the track is called Save Me. It comes from the album The Game which was released in 1979 and for me really started the whole ball rolling in terms of their commercial success in the charts. Yes they had had one or two hits, but I think this album marked the start of their constant role in the make up of the UK music chart.

Save Me is a really good song and the video is a really nice blend of live action and animation. However, it is the way that the animated segments of the shoot merge back into the live shots as you will see from the video below. I find the whole thing quite moving in fact and the final shot when Freddie is reaching for the dove appears quite poignant in the whole Queen story.

Queen of course did many great music videos. The Miracle used mini members of Queen, I want To Break Free featured the band dressed in drag, and of course who can forget Radio Ga-Ga with the whole crowd clapping in unison, but I have always preferred the earlier side of Queen’s music and Save Me is one of the heights for me in terms of music and vision. 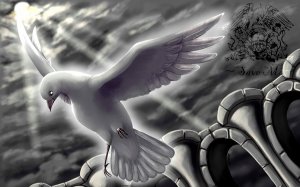 What is your favourite Queen video? There are so many to choose from, comment below with your opinions =) 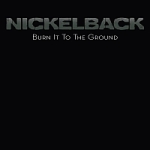 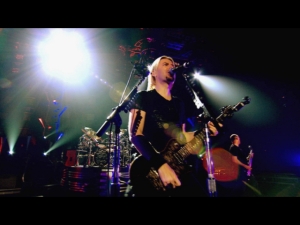 I am not actually much of a Kasabian fan, but I was torn between two videos here for my “K” post. In the end I plumped for Shoot The Runner, although the video for the song “Empire” is also excellent so check it out. Shoot The Runner reached number 17 in the UK music chart, so wasn’t a massive success, but I really like the sound of the song, it harks back to a 70s style rock track, perhaps something that Deep Purple might have done.

Now, I am visiting our old friend “Rotoscoping” again here, as this is how the video was animated, but its interesting to see it done in this way rather than the black and white rough sketch style that we have already seen in this A-Z challenge. I am quite a fan of this kind of art aswell, so it gives me a good viewing experience as well as the song being decent. The same style of animation was used in the Queens Of The Stone Age video for the song “Go With The Flow“. 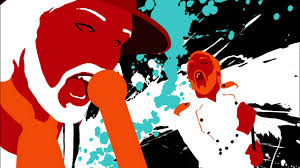 If you have a preference between the two songs I listed here at the top of the post, let me know, was I right to go for what I did, or is the video for Empire better?

a-z challenge, april, hate to say i told you so, music, punk, rock, swedish, the hives

I remember when this song came out way back in 2000. It amazes me that I didn’t realise that The Hives were actually a Swedish band until only a few years ago. Their sound is something that is so international I think. They have had limited success over here in the UK, but Hate To Say I Told You So is probably the most well know of their tracks globally.

The video is full of energy, but I do like when as the song pauses, so does the video, apart from the bassist (who looks like some sort of Mexican bandit from a Western movie set) and he makes the most of his moment in front of the camera. It’s just an all round, good video that fits the song very well in its energy and vigour. 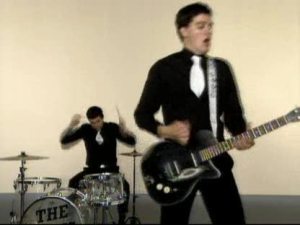 What do you think of this song? Does it sound Swedish to you? Drop me a line in the comments =) 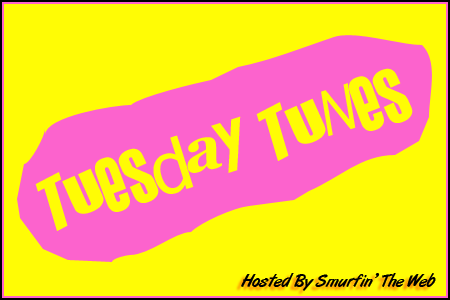 Welcome along to another Tuesday Tunes. Each week I will post up a new subject involving music and all you have to do is post a comment in my blog or if you have your own blog, link back to my blog. I hope you enjoy it and join in. Leave your choices in the comments box below, thanks.

This one is easy. Give me some songs that you like that have the best guitar solos in them. Simples!
Now personally I coud go with every single Dreamtheater track, but I’m not going to, that would be far too easy. INstead I am going to start with Lynard Skynard’s “Freebird“. I think that this is one of the finest examples of guitar mastery and it is often overlooked in countdowns. I think its worthy of of a top 10 place, so enjoy it in its glory at the end of this great tune.

Secondly is a song that takes me back to my childhood and sitting in my Dad’s car on numerous trips to town and back. The song used to last the length of the journey and this live version of “Sultans Of Swing” by Dire Straits from the Alchemy concert is just soooo much better than the studio original. I never did get around to learning how to play this one lol, sorry Dad.

Lastly, because I could go on all day with these, I think I will return to my younger days once more and give you possibly one of the greatest solos ever written for guitar. “Hotel California” by The Eagles. It is sheer genius and I cannot leave it out of this blog post. Written all the way back in 1976, the track showed the influence that new member Joe Walsh had on their music and the difference his joining the band made to their sound. A quality solo if ever I heard one.

So lets have your choices. Long or short, but they have to be GREAT! Remember to check other blogs and comment. Keep liking Smurfin’ The Web via the Facebook button on the right of this page, thanks.

Andy Serkis is fast becoming a jack of all trades. Known for playing the part of Gollum in the Lord Of The Rings movies, he has gradually moved on from that particular success being the only thing he is known for. He has had many parts since then, and when I heard he was playing the punk legend that was Ian Dury in a biopic, I was pretty excited. I like a lot of his music and although he wasn’t much of a singer there was something strangely likeable about The Blockheads style.

Sex & Drugs & Rock & Roll tells the story of how this man who suffered from polio as a child overcame his disability to become one of the foremost punk/funk/pop starts of the late 70s and early 80s. There are many other names that we all know in this movie, some only for a short time on screen such as Mackenzie Crook as one of Dury’s early band mates. The film also looks at the strange relationship he had with his wife Betty (Olivia Williams) who appeared accepting of his love for Denise, played here by Pirates Of The Caribbean star Naomie Harris. Ian’s son Baxter (Bill Milner) features heavily in the movie and we see how his father’s influence grows as he gets older, whether it be good or bad. Ray Winstone makes a brief appearance as Ian Dury’s father to add a big name into the mix.

This movie is well filmed with parts of the story like a stage show performance by Dury telling his own story while others act around him, the rest is like a regular movie. The story is good, although I felt that it jumped a lot and you don’t really see him hitting the big time and being the successful star that he was. The focus seemed to be on his relationships with other people rather than the career. Its an interesting viewpoint to take, but I think a career story would have been a little more appealing to filmgoers.

All in all, it wasn’t quite what I had expected and I finished the movie feeling a little short changed in terms of plot and historical fact, but Serkis’ performance is top rate and the music in the film is reproduced by The Blockheads themselves. Musically its a great movie, and the actors are really good, but I expected more and therefore it doesn’t get as good a mark as it could have had. 6/10 from me. If you are a big Ian Dury fan then this British film will definitely be up your street, otherwise, you wouldn’t be shot if you didn’t fancy it at any point soon. Check out the trailer and decide for yourself.